It seems just to be an experiment, so you might not have the feature yet: Facebook now allows you to enter an action that your status update is about. So instead of just writing “OMG Dragons!!1!1” you could specify that you are writing this statement in regard to “watching Game of Thrones”. 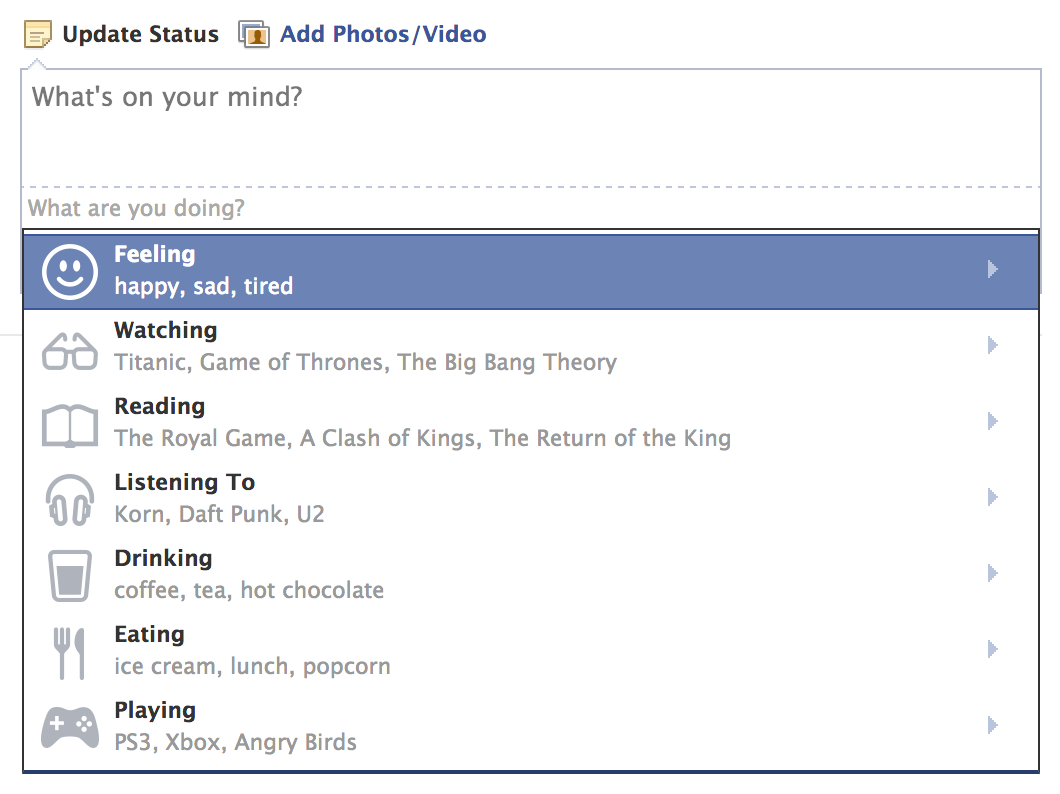 One thing about that list struck me immediately. When I was notified about being among the chosen people to use the new feature I was about to post a link to the blog of my university, where I had written an elaborate (german) comment. However, I realized there was no way to indicate the action of writing. In fact the categories shown in the picture above seem to be a definite list and I think they have something in common.

With the exception of feeling, everything on this list is about consumption. Watch TV, read some news, listen to music, drink coffee, eat fast food, play freemium games. There is no writing, no painting, no singing, no dancing, no jumping. No thinking.

So there you have it, the default state Facebook expects you to be in: like a vegetable.
Panem et circenses, more obvious than ever.